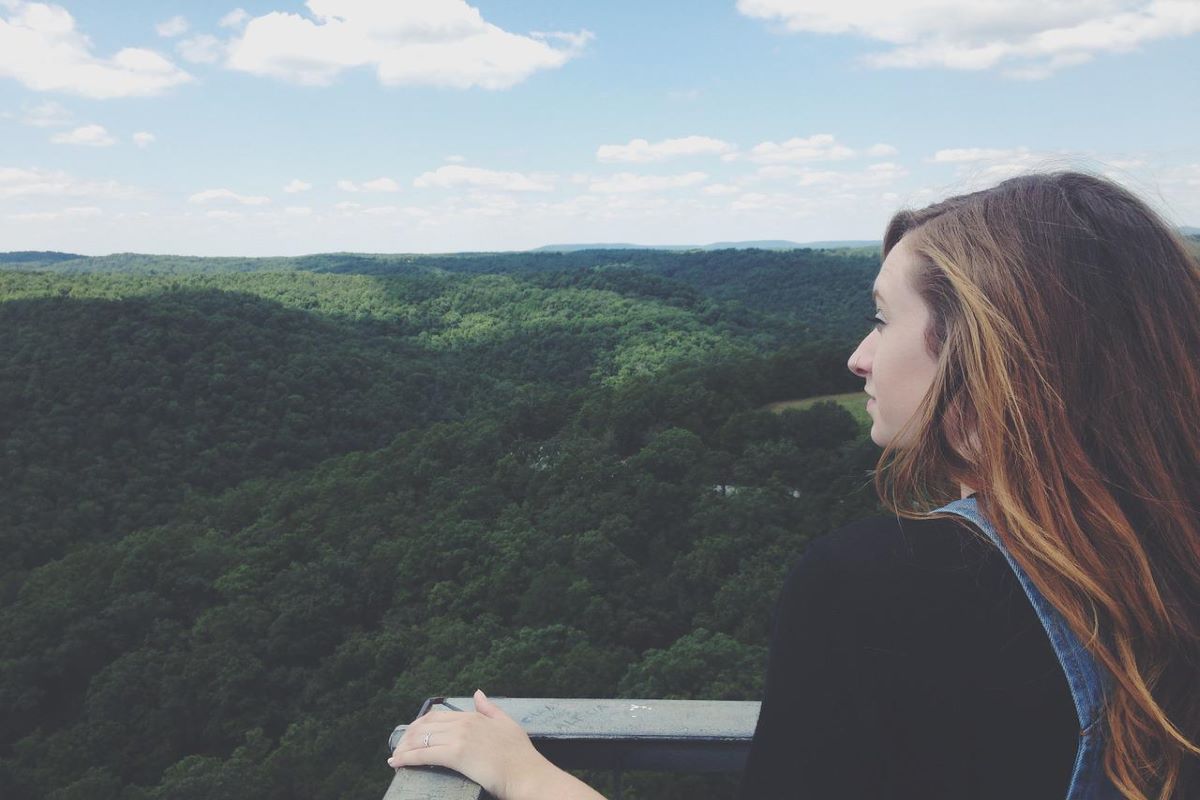 Where Are The Ozarks? Location, Quality Of Life And More

Sometimes, during conversations, you may hear mention of the term ‘Ozarks.’ Perhaps you have talked to people who are ‘heading to the Ozarks.’ This may lead you to wonder, where are the Ozarks?

The Ozarks refer to the Ozark mountains, which is a region where several US states meet, Missouri, Arkansas, Oklahoma, and Missouri. The Ozarks are famous for the lakes and a distinct culture compared to the rest of the United States. It is a place worthy of visiting as a tourist.

Where Are The Ozarks?

The Ozarks consist of eight sub-regions:

The Springfield Plateau stretches into southwestern Missouri, northeast Oklahoma, and northwest Arkansas. Major towns and cities within this sub-region include Springfield, Joplin in Missouri, Fayetteville and Harrison in Arkansas, and Tahlequah in Oklahoma.

This sub-region straddles the White River. This region is known for its dramatic hills and mountains, ranging from 600 to 1,600 ft (182 – 488 m) in elevation. It consists of hills, deep valleys, and karst features.

Salem Plateau stretches across central Missouri and north central Arkansas. Some of the major towns and cities in the area include Salem, Rolla, and West Plains.

The Courtois Hills cover part of southeastern Missouri, known for their interesting underground drainage systems with sinkholes and caves. It is covered with oak woodlands and forests.

The St. Francois mountain range is one of North America’s oldest exposures of igneous rock. The tallest peak in this region is the Taum Sauk mountain at 1,772 ft. (540 m). It is sometimes spelled in its Anglicanized spelling, the St Francis Mountains.

The Missouri River border straddles the foothills from the Ozarks to the border of the Missouri river bend. Famous towns and cities in this area include Jefferson City. This sub-region is in the far north of the Ozarks region.

You may like this article: What’s The Longest River In North America?

How Did The Ozarks Get Its Name?

There are multiple ways to explain the name Ozarks. One is that it is a shortened French pronunciation of Aux Arcansas, meaning to/at Arkansas. The second is that it comes from the French term Aux-Acrs, meaning ‘top of the arc.’ The title probably refers to the northernmost arc in the whole of lower Arkansas.

The name Ozarks is thought to be an English version of the French abbreviation aux Arcs. The full term refers to aux Arcansas and means “of/at/to the Arcansas.”

Before the French and Indian War, aux Arkansas was the name for the trading post at Arkansas Post. The Arkansas Port is in a wooded lowland area of the Arkansas Delta just above where the Arkansas River meets the Mississippi River.

Over time, the term came to mean all the water flowing from the Ozark Plateau into the Arkansas and Missouri rivers.

The term aux Arcs could also explain another origin for the word Ozarks. French cartographers created maps of the Arkansas and Mississippi rivers at late 17th century and early 18th century. Aux arcs was the name given for the big bend or arc at the top of this part of the Arkansas River.

It was the top or northernmost arc in the whole of lower Arkansas. Boat travelers would get off at this top river bend to explore the Ozarks. The city of Ozark, Arkansas, is on the north bank of the river at this location.

Some people think that aux Arcs is probably a simplified version of the term aux arcs-en-ciel, which means “toward the rainbows” in French. Rainbows are often seen in mountainous areas.

What Are The Ozarks Popular For?

Ozarks are known for their picturesque and beautiful nature, which opens up hiking and cave exploration opportunities. Ozarks also has many great golf courses designed by great golf players. The Great Ozark lakes are also popular for water-based activities such as fishing, boating, and cruising.

You cannot miss out on the water when you go to Lake of the Ozarks. People who like to boat, fish, or just look at the lake from one of the lakeside homes like to go to the Ozarks.

On the lake, people often go water-skiing, tubing, or just let the boat drift for a while to enjoy the beautiful scenery. There are several public boat ramps along the shore that you can use if you own a boat or other watercraft.

The city of Branson at the heart of the Ozark is also named The Live Music Show Capital of the World. During the day and evening, the town comes to life with over 150 live shows that play all kinds of music for various tastes.

Some of the most popular shows in the Ozarks are bluegrass, gospel, and classic country shows. If you do not like music, you can watch many other kinds of shows, like magic, comedy, or acrobatics.

If you enjoy playing golf a lot, you will love the Ozarks. Surprisingly, the area is home to many top-notch public golf courses created by some of the most famous golfers in history, such as Tiger Woods, Ben Crenshaw, Jack Nicklaus, and others.

In 2020, Golfweek magazine named Big Cedar Golf’s Ozarks National and Buffalo Ridge courses as the number best and second-best courses to play in Missouri, showing the quality and popularity of the golf courses.

Being hilly and full of nature’s best gifts, the Ozarks is simply the best place to hike and enjoy nature. Many of the trails and parks are well managed and patrolled by rangers for everyone’s safety.

Some top hiking trails include the Whitaker Point Trail (Hawksbill Trail), Kings Bluff and Pedestal Rocks, and Falling Water Scenic Drive. If you want to go for the hard stuff, consider a hike up the Taum Sauk Mountain, the tallest point in the Ozarks.

The Ozarks is also a place for cave explorers since it hosts many caves and underground river systems. The Fantastic Caverns, Marvel Cave, and Smallin Civil War Cave are great examples.

Aside from all the natural attractions, the Ozarks are also full of museums and points of interest for families to enjoy their time. This includes the Bagnell Dam, the Ha Ha Tonka Skate Park, The Willmore Lodge, Dickerson Park Zoo, and the Big Surf Waterpark.

Your family would have a great time exploring these places and perhaps enjoy a picnic and ice cream under the summer sun at these places.

You may like this article: Is Lake Michigan Saltwater?

Is It A Nice Place To Live?

Ozarks is a nice place to live and retire in. This is because it has a high-quality healthcare system, great nature, world-class attractions, a great culinary scene, and easy access. It is also perfect for golfers.

If you ever visited the Ozarks and fell in love with the place, perhaps you may have considered relocating and living in the area. Fortunately, the Ozarks may surprisingly be a nice place to live in for many reasons:

The Ozarks is a rather rural area that retains much of its natural environment. Expect breathtaking hills, forests, and great wide lakes. If you enjoy nature, you will never run out of trails to hike, spots to fish, and caves to explore.

Golfers love the Ozarks for a reason, it has a lot of golf courses, which may be entered by the public. This means you do not need to be a member to play in the course. Some courses are award-winning and designed by golfing greats such as Tiger Woods, Jack Nicklaus, and more.

The Ozark’s isolation from the rest of the US has resulted in a rather unique culture, which is also reflected in its cooking. Some popular restaurants unique to the Ozarks include Cashew Chicken, Hurts Donuts, Mexican Villa, Pineapple Whip, and Andy’s Frozen Custard.

The Ozarks are easily accessible and traveled by land or air. You may drive into the Ozarks through Interstate 40 and 70, respectively, and the road is well-maintained with great amenities.

If you are looking to raise a family or retire in the Ozarks, naturally, you will explore what the healthcare system is like. The Ozarks are surprisingly very strong in this area, having Mercy and CoxHealth healthcare systems operating here. In fact, up to 18% of Ozarks residents are employed within the healthcare industry.