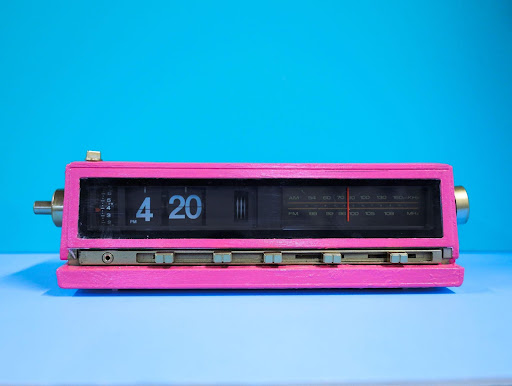 Are you curious about celebrity weed smokers? Wonder no more because we’ve compiled a list of famous marijuana users. These stars have everything from crazy cannabis parties to weed seeds for sale at their hemp farms.

Grab your camera and scope the green carpet for 15 of Hollywood’s biggest stoners.

They create pieces targeted at tokers packed with enough doper jokes to make you wheeze. The pair aren’t just about humor, though. Their show opened doors to discuss the injustices of cannabis laws.

The Pineapple Express actor isn’t shy about being one of the celebrities that smoke weed. In a Forbes interview, he said, “I’m a person who smokes weed all day, every day.”

He started using medical cannabis to treat his attention-deficit disorder, and it’s now an essential part of his day.

Megan and her fiancé, Machine Gun Kelly, are loud and proud marijuana advocates. She says she was first attracted to him because he smelt like the herb, to which he replied, “I am weed.”

The pair champions the legalization of cannabis across the United States. They speak about marijuana so much there are memes about them smelling like weed trending everywhere.

We’ve all seen Miley go from Hannah Montana to swinging butt-naked on a wrecking ball. If you’re wondering, yes, she was high for the most part.

The star admits to smoking weed to deal with the immense pressure in the industry. In a 2013 interview, Cyrus called it “the best drug on earth.” She recently stopped using cannabis after a throat surgery but still consumes CBD products.

We know Snoop Dogg as one of the celebs who smoke weed; it’s pretty much his brand. Instead of raving about it, here are some crazy facts about the OG of Mary Jane:

Jerry Garcia was the leader of the greatest stoner band ever, The Grateful Dead. He claimed cannabis influenced his social life positively and used it with LSD to boost creativity.

His family launched a marijuana line inspired by the late artist with everything from branded buds to guitar pick-shaped edibles.

This country legend is known for using weed since 1954 and making hit songs like “On The Road Again.” He smoked about five blunts daily to maintain his high.

Recently, the talented musician quit inhaling cannabis because of breathing issues but still consumes the plant in other ways.

The Dazed and Confused actor is a celebrity stoner in real life too. He openly speaks about using cannabis and is a toker of note.

Police arrested him in 1999 for being highly intoxicated due to marijuana. They found him naked and playing the bongo drums after neighbors made a noise complaint. He jokes about never wanting to book a room in jail again.

It’s not news that Bob Marley, the most iconic marijuana activist musician of all time, used weed. He puffed around 18 joints a day, but that’s not surprising for the pioneer of reggae music.

As a Rastafarian, cannabis wasn’t a recreational drug to him but a way to gain introspective thinking and better understand his spirituality.

Rap pioneer Lil Wayne has won over 140 awards and did it all as a functional stoner. When you ask yourself, “What celebrities smoke weed?” his name usually comes to mind.

He also makes many marijuana references in his songs. One example is in “Strange Clouds” when he says, “Stay on the greenest greens, call us vegetarians.”

This stand-up comedian and actor is so hilarious there’s no way he’s not high. He openly speaks about his love for cannabis and its mind-expanding effects.

Chappelle is known for having crazy psychedelic parties with an in-house weed and shroom chef cooking infused meals for guests.

This tatted rapper is the epitome of cool and credits marijuana for helping him free his mind to write dope verses. He’s a prominent cannabis enthusiast and even named his 2011 album Rolling Papers.

Khalifa is a picky smoker and only uses premium buds inside hemp paper. His commercially successful Khalifa Kush strain and Weed Farm app give fans a taste of his toking style.

Arguably one of the greatest songwriters of all time, Bob Dylan used marijuana and other psychedelic drugs to boost creativity. He was the reason the Beatles became regular cannabis smokers after he gave them a joint at a hotel.

The star wasn’t a light user, either. Paul McCartney said Dylan’s weed was so strong when he inhaled it he felt like the roof was coming down.

Everyone remembers when Olympic medalist Michael Phelps took the fattest bong rip ever, and the paparazzi got a snap. At the time, marijuana’s legal status was not in his favor, so he had to apologize and lose some sponsorships.

Nowadays, more athletes are open about their cannabis use. The 23-time gold-winning swimmer is in the company of many sports celebrity weed smokers, including Nick Diaz and Calvin Johnson.

Rihanna is a proud weed smoker. Paparazzi snap hundreds of pictures of the Barbadian-born singer puffing joints and carrying them with her famous ‘stolen’ wine glasses.

Her song “James Joint” shows her love for cannabis, as lyrics include, “I’d rather be smoking weed whenever we breathe.” The superstar has since taken a break from toking while she cares for her baby boy.

We’re sure to see Riri return to her green roots in the future.

Share
Previous How Often To Change Cabin Air Filter? And Why You Should!
Next Which Cryptocurrency Is The Best To Exchange?